Honnold-Mudd Library and The Odds of Winning the World Series

Yesterday I visited the Honnold Mudd Library, which is part of the libraries of the Claremont Colleges. The library has open for most of the day and has room for the public. Amazingly, this is the first collegiate library that I have ever been to where the mathematics section is located on the first floor. The bookshelves for this section are on rollers - which allowed one aisle to be open at a time.

I spent the better part of four hours there, reading about game theory, probability, and the Zeta function.

Here is the link to the Claremont College Libraries' web page. 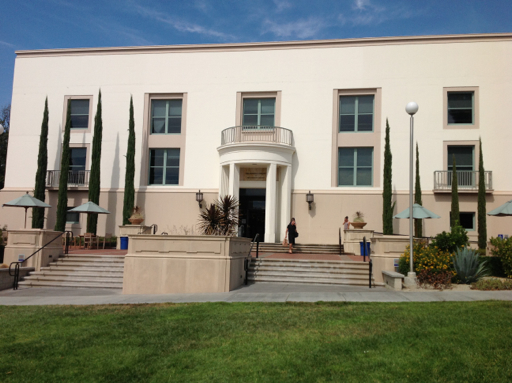 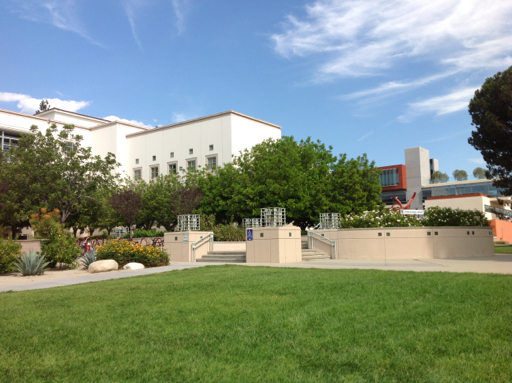 The Odds of Winning the World Series

Every October in the United States (and Canada should the Toronto Blue Jays be one of the contenders), Major League Baseball (a.k.a. MLB) has an annual tournament of 10 teams to determine the World Series winner. The 10 teams consists of six division winners and four "wild-card" teams. MLB started the current format this year.

Out of the 10 teams, 2 final teams, the National League Champion and American League Champion meet for the World Series. The series is a best of seven series, where the first team to win four games wins the Series and is the Championship team for that year.

We can calculate the odds of a team winning that series by using the Binomial distribution, with the following formula:

Win the Series in Four Games

If a team wins a game in four games, it is said that the victorious team swept the losing team. To achieve the probability of a sweep, find the combination of winning all four games and multiply by the odds. That is:

Winning the Series in Five Games

In order to win the series in five games, you must win three games and lose one in the first four games. Obviously, you have to win the fifth game. In calculating probability for this situation, it really does not matter which order you win the first three in four, but that it happens. The "lack of order" requirement allows us to use combinations.

Winning the Series in Six Games

In order to win the series in six games, you must win three games and lose two in the first five games. Using a similar approach to the 5 game situation, the total probability of winning the World Series in six games is:

Winning the Series in Seven Games

Similarly, in order to win the series in seven games, you and your opponent win three games apiece in the first six games. Using a similar approach to the 6. game situation, the total probability of winning the World Series in seven games is:

For example, say the National League Champion San Francisco Giants, the underdog, plays against the American League Champion New York Yankees. Expert odds makers estimate that the Yankees win about 55% of their games against the Giants. What are the odds of each team winning the World Series?


Source of the formula: Packel, Edward. "The Mathematics of Games and Gambling". MAA 1981. New York


Before I go for today, I leave you with several fun facts:

Let z be any complex number, where z = a + bi, with a the real component and b the imaginary part

The Riemann Zeta Function has no zeros (roots) when a is greater than 1.

The Gamma Function has no zeros when a is greater than 0.

Source: Patterson, S.J. "An Introduction to the Theory of the Riemann Zeta Function" Cambridge University Press 1988.