The goal is to find the velocity of a ball, and the angle it travels, given the initial velocity and angle.

The next two tables are for reference. Thanks to my cousin Gina for helping me with the Coefficient of Restitution! You are the best! 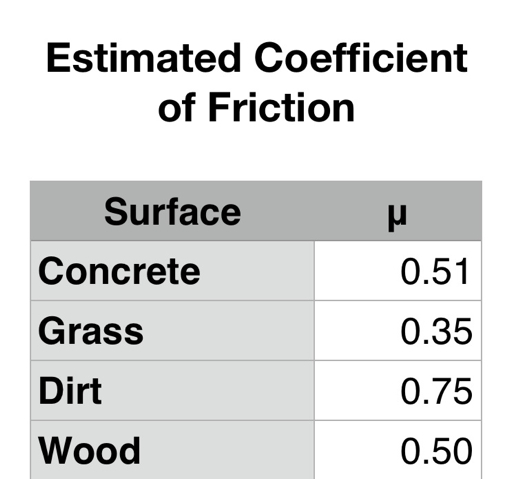 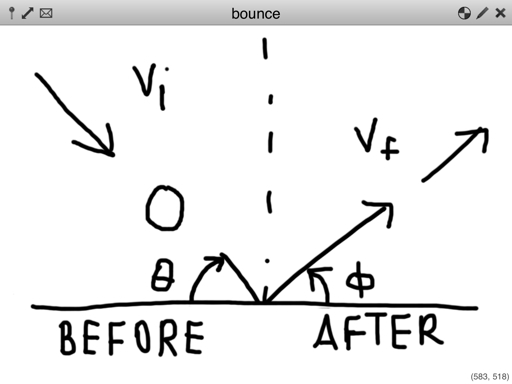 Given:
v_i = initial velocity
θ = angle of impact before the bounce

Assumptions:
1. Gravity has negligible impact. We are talking about the moment just before the ball bounces to just after the ball bounces.
2. The coefficient of resistution (COR) is measured experimentally (see table). I thank my awesome cousin Gina Ramirez helped me with getting data. (see table above)
3. The x-direction is "forwards/backwards" and the y-direction is "up towards the sky/down towards the earth"
4. The coefficeint of friction only affects the y-direction (is this correct?)
5. Kinetic energy is not conserved.
6. The ground does not move and maintains a zero velocity.

Since momentum must be conserved in both the x and y directions:

Section A: Coefficient for Restitution 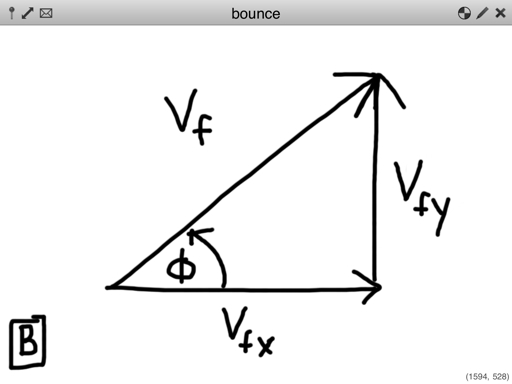 Section B: Angle After Bounce 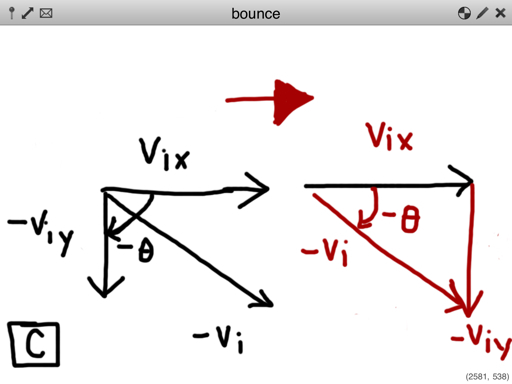 We also know that:

H. Brody "That's how the ball bounces" from "The Physics of Sports" edited by Armenti Angelo. American Institute of Physics: New York. 1992 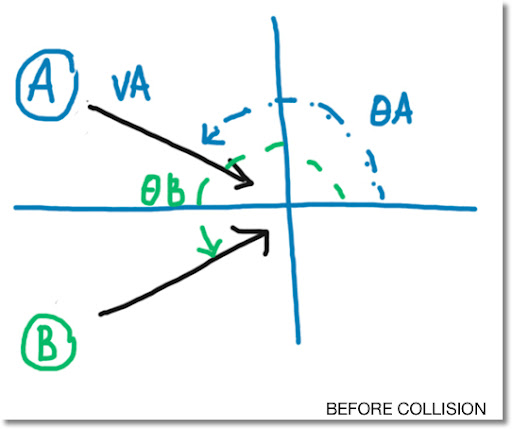 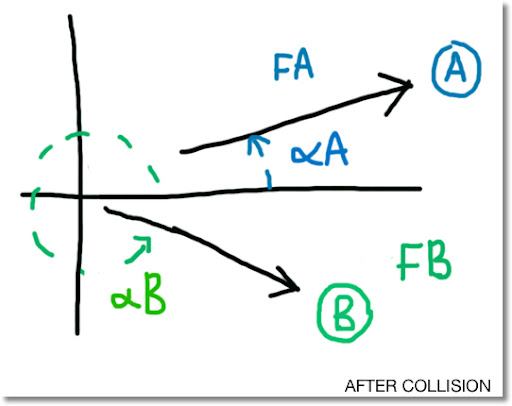 This is a program for some solving elastic collision problems for the Hewlett Packard 50g calculator.

Variables (refer to the diagrams above): 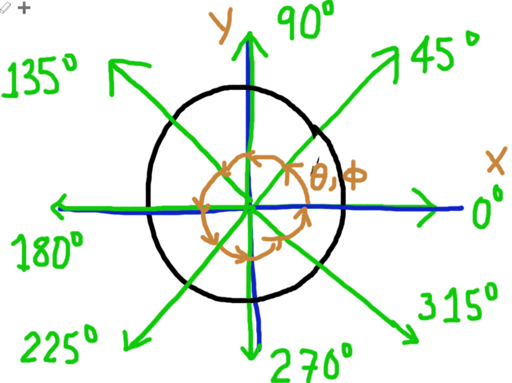 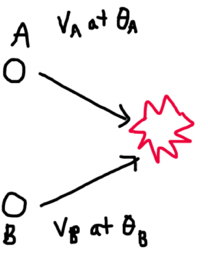 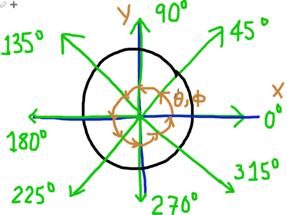 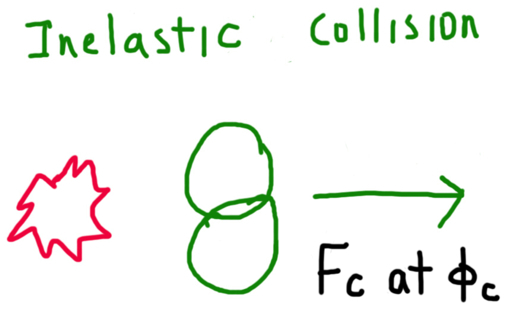 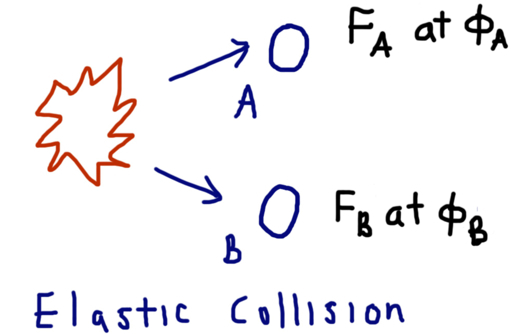 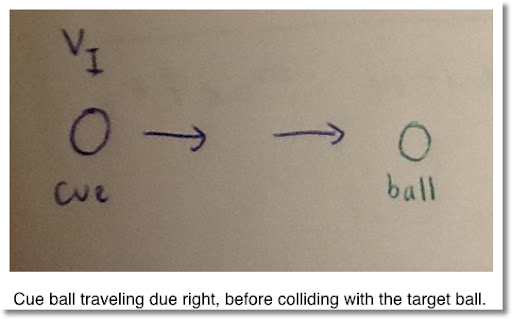 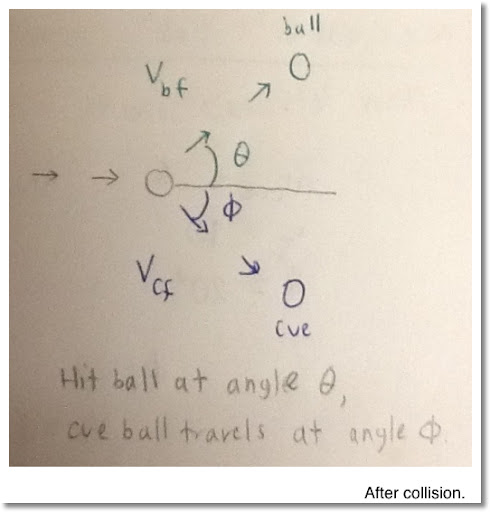 All amounts are presented in SI (kilograms, meters, seconds) units.

A perfect projectile can be described by the following equations:

Note that air resistence, features of the object, and other outside objects are ignored. 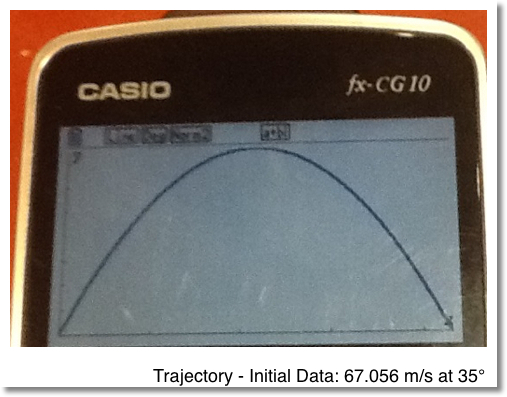 The equations above describe simple projectile motion. However, if we want a realistic picture, we have to consider factors such as temperature, air pressure, and the size of the projectile.

So of the variables we will consider are the drag coefficient, the density of air, and the object's terminal velocity.

Note: Linear drag is assumed. This is best for objects moving at slow speeds. No lift is used.

The drag coefficient is a dimensionless quantity that quantifies the resistance of an objects's movement, taking into consideration factors such as the object's size, shape, and smoothness.

The density of air can be determined using the Ideal Gas Law:

Terminal Velocity is measured by:

Note: Let [triangle] be the symbol for the "stop and display triangle"

Revisiting the Example: The Golf Ball 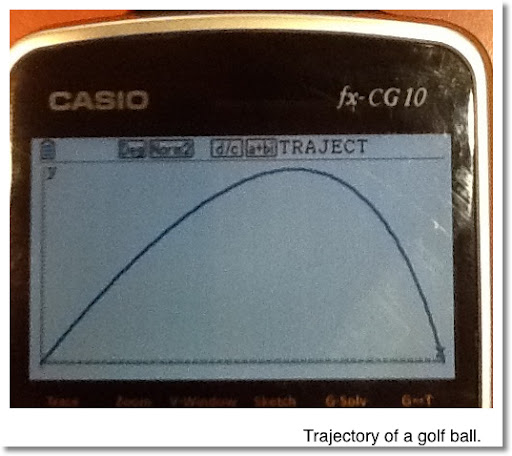 Article: Erlichson, Herman. "Maximum Projectile range with drag and lift, with particular application to golf." The College of Staten Island, 1982

Drag on a Baseball (NASA.gov)

Why π is My Favorite Number

The number π describes a beautiful relationship between a circle's circumference, area, and radius.

The π is irrational, which means the decimal expansion goes without end.

Unlike pie, enjoying π doesn't make anyone fat. Furthermore, unlike pie, π has no calories.

This blog will about spirals. Why? I thought it would be fun. And I like spirals. Finding the y-intercept and x-intercept, as shown above, of a spiral, assuming 0 ≤ θ ≤ 2 π

We can use the rectangular equation to find these points.

Take the square root of both sides, since y>0, use the positive root.

Since the x-intercept lies left of 0, select the negative square roof. Therefore:

Use the polar equation: r = a θ

Slope of a Spiral

What if we can "stretch" spirals? We can if alter the parameters of the parametric form:

Two graphical examples are shown below. 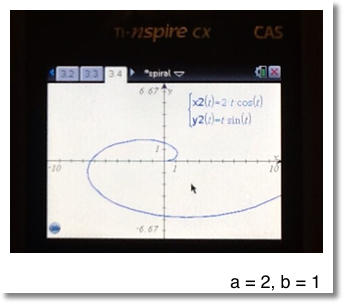 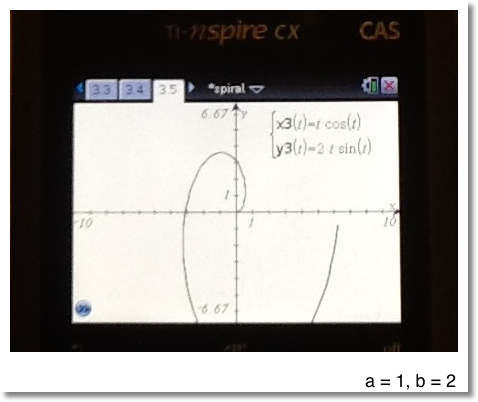 Finding the Intercepts of a Stretched Spiral

Working with the first equation:

Area of a Stretched Spiral

We can find the area using the following:

Slope of a Stretched Spiral

The derivation is similar to the slope of a regular spiral.


Until next time, Eddie.

A Diary of Plots 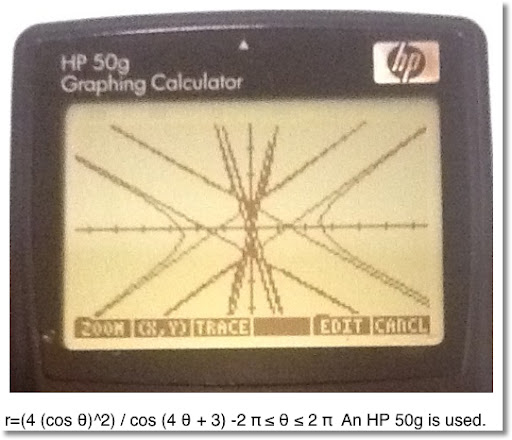 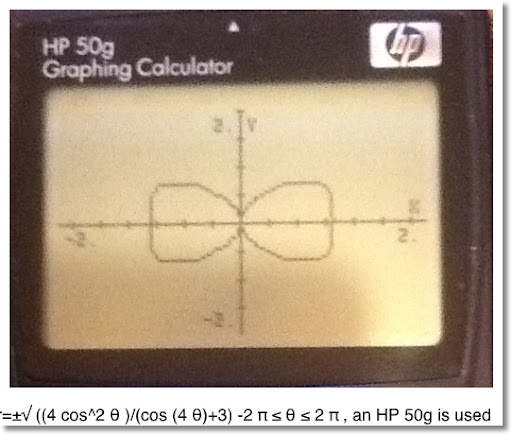 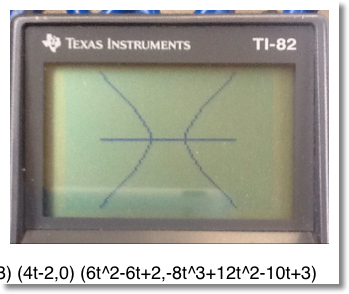 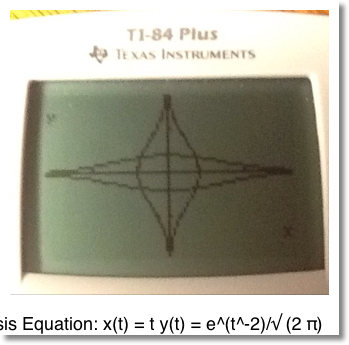 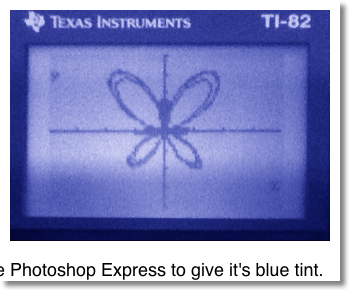 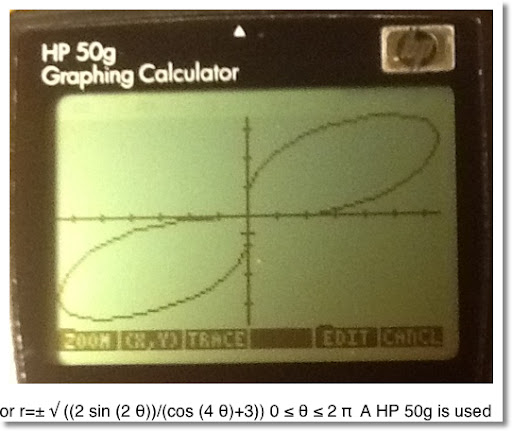 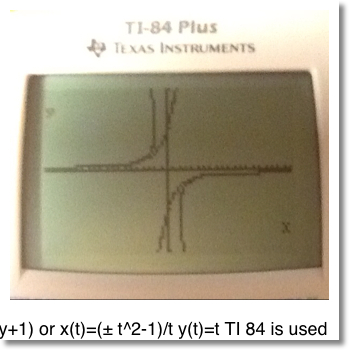 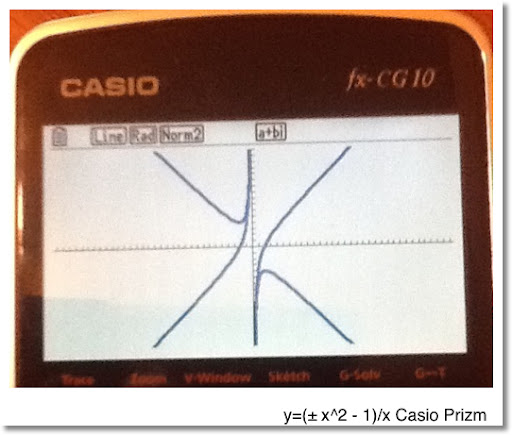 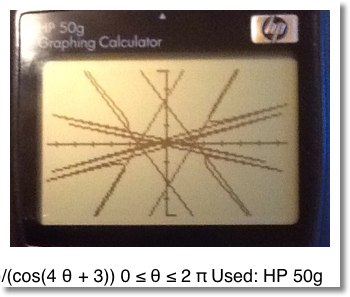 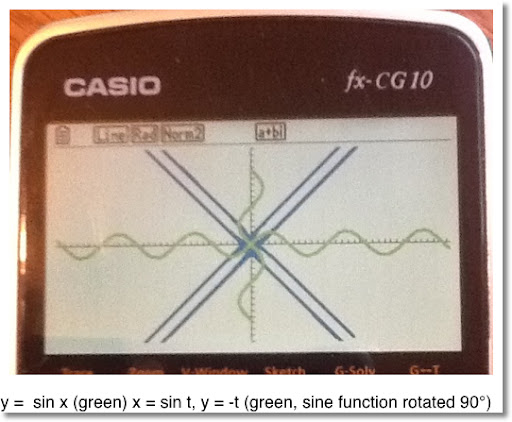