Here is a speed test between newer and older Texas Instruments calculators. Please keep in mind this is one way to compare speeds. I ran the program on each calculator listed twice. The test is to see how fast the calculator "counted" to 2013.

*The TI-81 does not have an Output command, so Disp A was used instead.

I will start with the oldest (made) calculator.

I don't know why the tests ran slower on the 84+s. At first, guessed that it is that the MP 2 is more complex than MP 1 and requires a great deal of RAM to operate. If I recall correctly, almost all the TI-8x series run on a Zilog Z80 chip.

A post written in 2010 from ticalc.org stated that there have been reports that programs run slower on the TI-84+ with operating system 2.53MP (or greater). Kevin Ouellet responded that the slow down issue is resolved if MathPrint is turned off.

Let's put that to the test. If you don't know, on the TI-84+, you can turn MathPrint on and off by pressing the MODE key, scroll up or down to the second page. Choose CLASSIC. In classic mode, the F1, F2, and F4 shortcut menus are still available, except all input is linear. 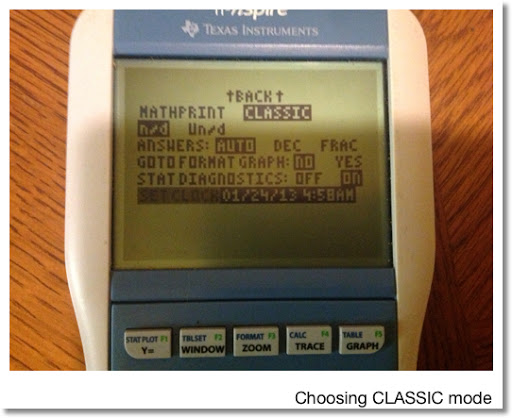 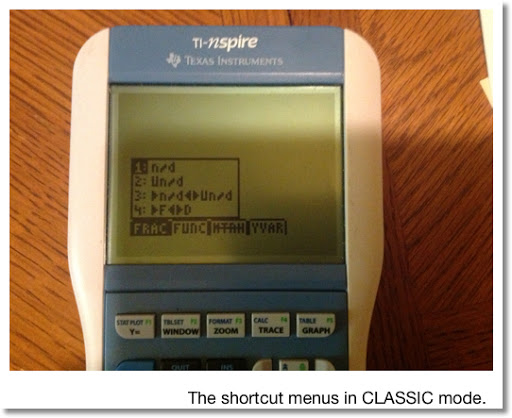 Running these tests yields these results:

A significant difference for the TI-84+. To compare: 1 minute 20 seconds with MathPrint On, only 27 seconds with it off.

The motto of the story is, if you have a TI-84+ and want to run a program, consider turning MathPrint off, and set it in CLASSIC mode instead.

I am curious to see if TI addressed this issue with the new TI-84+ C Silver Edition coming out this Spring.

Next time, I will post speed times for a handful of Casio calculators.