The HP 15C Limited Edition is a reissue of the HP 15C that was in the market during the 1980s.  The calculator had a horizontal interface.  With the calculator operating in RPN (Reverse Polish Notation), users and fans of the HP 15C praised the calculator for ease of use and it's landscape shape.  Features include: complex numbers, matrices, and keystroke programming up to 448 steps. 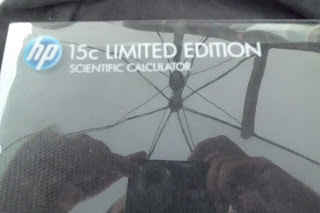 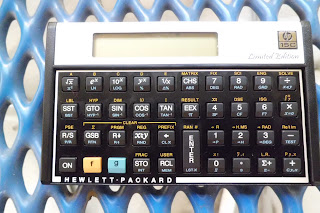 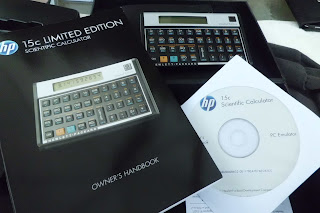 The 15C came with a written manual, which is probably a copy of the original 15C manual, a carrying case, and something really nice: a 15C emulator.  I have yet to try the emulator but it is on the list of things to do.  I am real excited to get the 15C Limited Edition.  The new 15C is 100 times faster than the original model released in the 1980s. The Limited Edition is the first time in over 20 years that 15C calculators were produced.  I understand that there are originally 10,000 calculators produced - hopefully more will be in the future.  So if you want one, get shopping immediately! 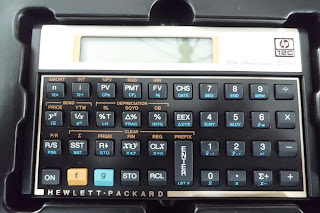 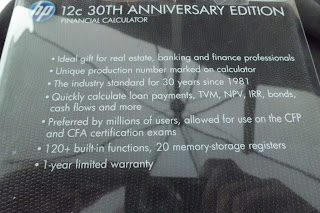 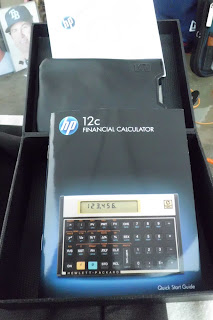 The box contains a getting started guide and a carrying pouch.
Enjoy the pictures, but these calculators are going fast.  I have two 15C LEs and one 12C 30th Year Anniversary Edition.
Eddie
at September 21, 2011