Casio fx-7000GA and the Programming Language

I spent a week playing with the Casio fx-3650P, a solar programming Calcualtor that is sold today (had to buy one off of eBay). And being a collector, the fx-7000G is on my wish list. 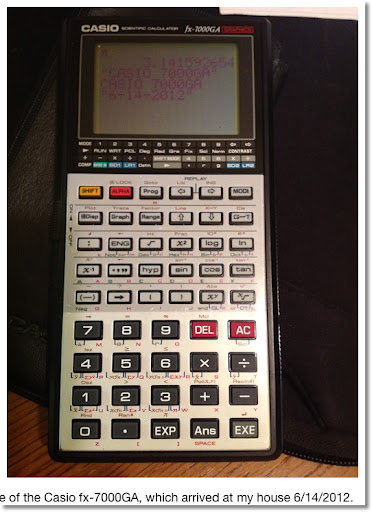 The fx-7000GA arrived at my house on 6/14/2012. I was bummed at first because the calculator acted weird. Thankfully, three fresh CR2032 batteries later, the calculator is back in working order. However I read that the batteries get used quickly. Bummer.

I am amazed on how light the fx-7000GA is. I was expecting a heavy machine, being one of the first graphing calculators to ever be mass produced. However the calculator is thin, which hopefully you can see in a picture comparing the fx-7000GA and the TI-84+ below. 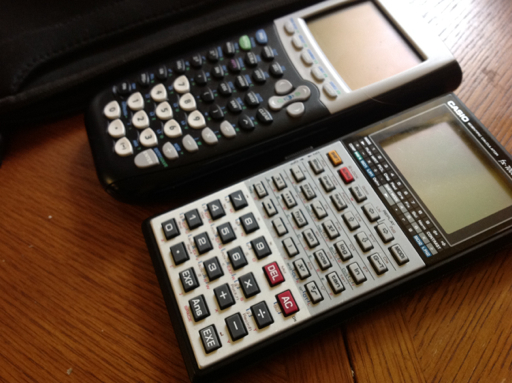 The programming language is a simple, tokenized one. Tokenized means that symbols and characters are used instead of words to symbolize commands. This minimizes the memory used in programs. This type of programming language is prevalent in today's graphing calculators from Casio. It also requires us bloggers to purchase and use Unicode apps to get these symbols.

The commands featured are:

? Input Command. The calculator prompts for a value.

⇒ The Jump command. This is the basic If-Then-Else structure. On the fx-7000G and fx-6300G, the command is entered by pressing SHIFT, 7.

Isz and Dsz Increase and decrease a memory, by 1, respectively. This is akin to the For-Next loops.

Syntax is the same for Dsz.

My next blog entry will have some of the programs I entered over the last few days since I got the fx-7000GA. Until then, Cheers! Eddie