I am going to spend some of October concentrating on programming in the popular program Python.  Python is available on most operating systems:  Windows, iOS (such as Pythonista), Android (most popular QPython), and Linux.

My focus is on mathematics and mathematical application.  I plan to use a Windows version of Python and the iOS Python.

However, if we want to generate plots, including histograms and box plots, we will need to download and add an appropriate package.  The package that I am going to use is matlibplot, which also contains the module numpy which allows for matrices and matrix calculations.  The file format of matlibplot is .whl (wheel).

I downloaded the Win32 verison.

When downloading, make sure you use custom installation. I recommend watching this YouTube video by APMonitor here:  https://www.youtube.com/watch?v=Ju6zw83PoKo&feature=youtu.be

The video saved me a lot of headaches when I tried to download and install Python, along with downloading and installing mathlibplot.  For instance, to install mathlibplot (which includes numpy), you will need to work with the Windows command prompt.

Note:  To install matplotlib, you must install pip and matplotlib thorugh the Windows Command Prompt, not the program itself.

For the Windows version, I am going to use the IDLE program which allows me to run Python both on the module and also create and run scripts. 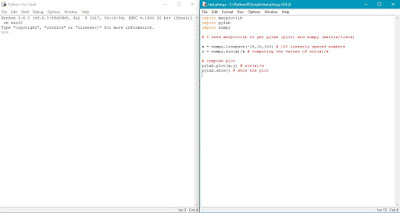 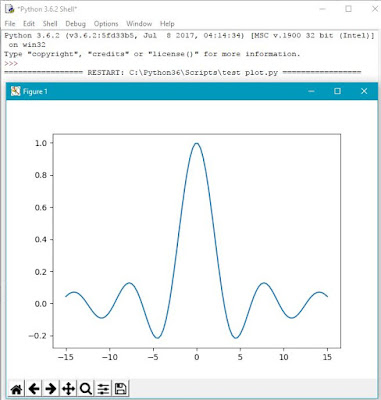 I tried to install matplotlib on QPython3 without success.  There documentation for this is scare and often not a help at all.   If anyone knows how to do it, please share.  I need type of version (Linux, win32, etc) is needed, what folder, etc.

For portable Python I am going to use the Pythonista app for Apple iOS engine.  It costs $9.99.  The best part about Pythonista is that numpy and matplotlib are both included.

More information about the app can be found here:  http://omz-software.com/pythonista/