Hi everyone! Today I coming to you from Swörk Urban Coffee Bar in Eagle Rock, CA (Los Angeles). It is a beautiful and sunny - but cold - Saturday morning. 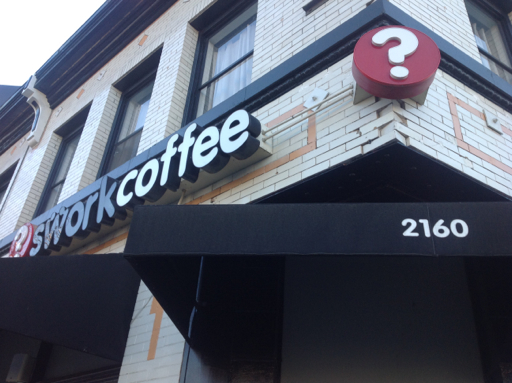 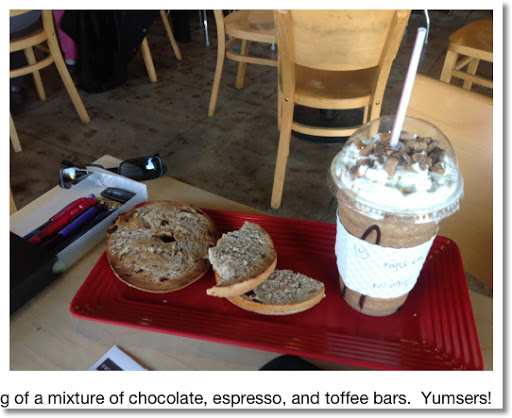 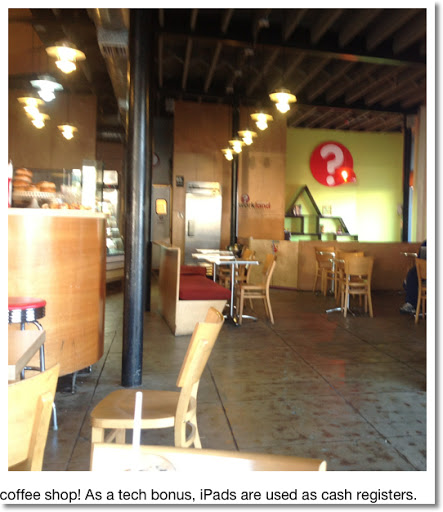 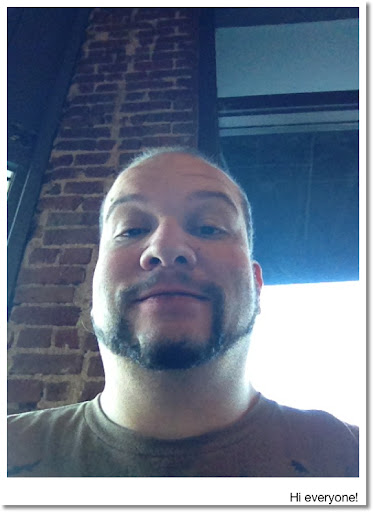 in 2013, Casio and Texas Instruments are going to offer updates two of their graphing calculators: Casio's ClassPad and TI-84+.

Just in case you are not familiar with Casio ClassPad's series - in the United States, they are not sold in office stores and popular shopping marts (they have to bought online), here is a short introduction:

In 2003, Casio released the ClassPad 300 and a few years later, the 330, which I have. The ClassPad is significantly larger than the typical graphing calculator. The calculator has a 4.8" grayscale screen and a super basic keyboard. Almost everything that is done using the calculator's soft-keyboard and menu. The keyboard is accessible by touch or by the provided stylus.

The features of the 330 are rich (partial list):
* Over 500,000 bytes of RAM (that's a lot of programs!) and 5.4 MB ROM
* A mini-USB port
* Screen Resolution: 160 × 240
* CAS (Computer Algebra System)
* Geometry Application
* 3D and Differential Equation Graphing
* The ability to select equations, drag them, drop them, copy them, and graph them instantly.

In preparation for this blog entry, I dusted my ClassPad 330 and got reacquainted with it. To be honest, I forgot how awesome the ClassPad is. Here are some pics of the 330: 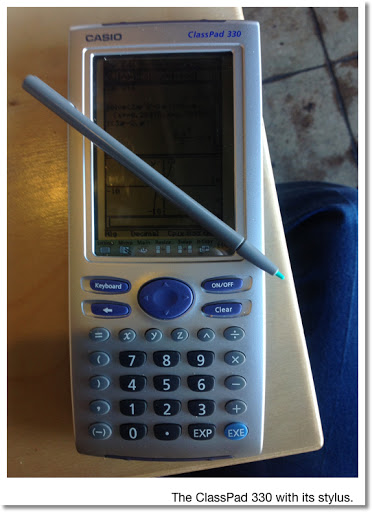 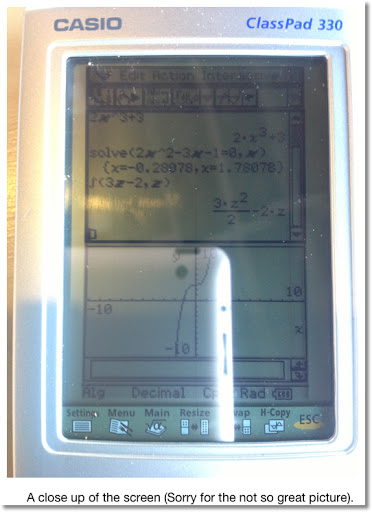 The ClassPad fx-CP400 is featured to have:
* A true-touch screen - which must mean it is more touch friendly. A stylus will still be provided.
* The calculator can operate in portrait or landscape mode.
* The screen will be in color, which I presume to be similar to the current Casio Prizm.
* Resolution increases to 328 × 528.
* The soft keyboard will have bigger keys.
* 500 KB RAM, 5.5 MB ROM, 24 MB USB Flash Drive - same programming space as of the 330. 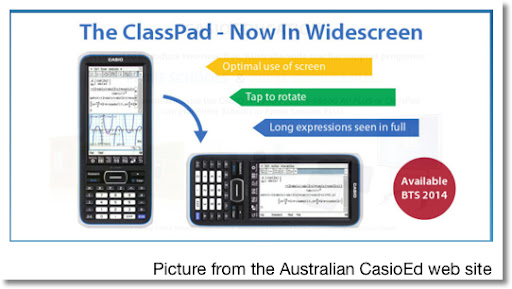 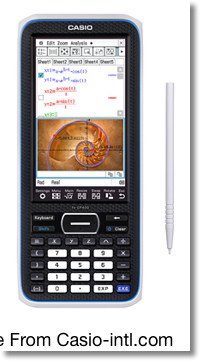 I am excited to get the fx-CP400 when it gets released. This looks like it will be a solid calculator and become the high-end Casio calculator. I am curious to about how the ClassPad operates in landscape mode. 99% of the time I use my iPad in landscape mode and enjoy the interface much better than the portrait landscape.

During Spring 2013, Texas Instruments will release an update to the TI-84+ series. The big update is that the new TI-84+ will have a color screen, similar to the current TI nSpire CX line. 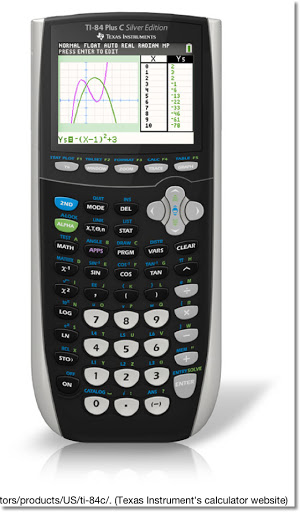 In the case that you are not familiar with the TI-84+, the current model looks like what is displayed in the picture, only with a grayscale screen and a bigger font.

Some of the features of the upcoming TI-84+ C Silver Edition are:
* Memory: The ROM increases to 3.5 MB, but the RAM decreases to 21,000 bytes. This means less space for programming than the current TI-84+.
* Screen Resolution increases from 96 × 24 to 320 × 240. The resolution will be the same as the TI nSpire CX (and CX CAS).
* The TI-84+ C Silver Edition will have a rechargeable battery. TI states that a charge can last from five days to two weeks - depending on use.
* While the TI-84+C Silver Edition has an updated operating system, the commands and functionality will be similar to the TI-80s family.
* The calculator's modes will be displayed on top of the screen at all times.

I am not happy about the decrease in programming memory! 24,000 bytes is towards the low end already. The TI-84+ is really not for writing long programs - short quick ones will do. The backlit screen is a nice plus. Two reasons why I like backlit screens: (1) the screen is easier to read and (2) I get better pictures for the blog.

The TI-84+ will continue to be an application based calculator. I am hoping for in the update is a grid-like icon menu when I press the APPS key instead of a list. I am happy that the TI-84+ C Silver Edition will have the modes listed on top of the screen, as well as a battery indicator - both welcome additions.

At this point I am more excited about the fx-CP400 than the TI-84+ C Silver Edition. Most likely I plan to buy both calculators. I am happy that newer calculators have color, backlit screens. Not only they give the calculator a 21st century look, they are easier to read.

That is it for now, take care and have a great day!