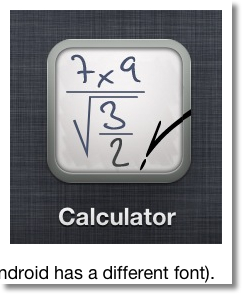 
The program lets you literally write calculations with your finger or stylus. Results are calculated automatically. Up to three decimal places are shown for approximations. Expressions, which include fractions and square roots, are built dynamically. You can even insert characters or draw "scratches" to remove characters.

It has a learning curve, because the app has to recognize what you write. A suggestion is to go slow at first, and let the app recognize each character. Patience is needed. However, I now can fulfill my fantasy to write calculations and have them execute.

I don't think describing what this app does using words, does it justice. I definitely encourage you to download it and try it for yourself.

Both the iOS and Android version (Android as of today) have the following features:

* Arithmetic and Exponents
* Percent, and it works properly! (36 - 10% = 32.4)
* Square Root, which the surd expands to accommodate long expressions under the root
* Support for the constants π, e, and ϕ (the golden ratio)
* Logarithmic functions (log to any base, ln, e^x)
* Trigonometric functions
* Absolute value
* Parenthesis
* Ability to solve equations by use of the ? and = symbols
* Factorial
* Tweet, email, or post results on Facebook (and probably other social networks)

I am excited about the future of these type of this app.

What I like to see in future updates is:
* Ability to show answers beyond 3 decimals** (see below)
* Numerical calculus: derivatives and integrals
* Matrices and complex number support, I can see the potential

I'll leave you with some screenshots of the MyScript app.

** Alexander Oestert of HP Forum (HP Museum of Calculators) pointed out that in the Android version that you can have decimal settings up to 6 places. (1/27/2013) 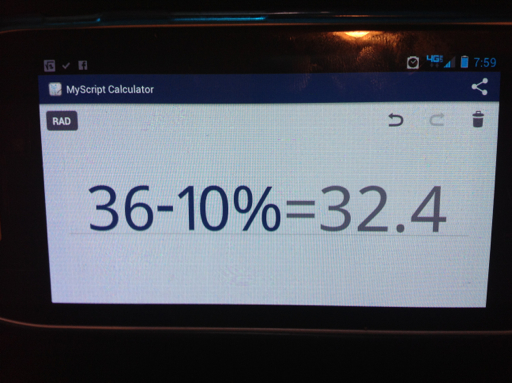 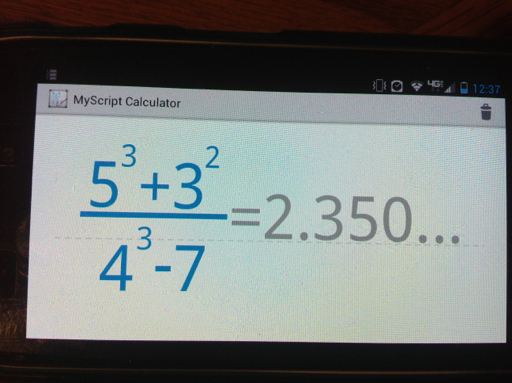 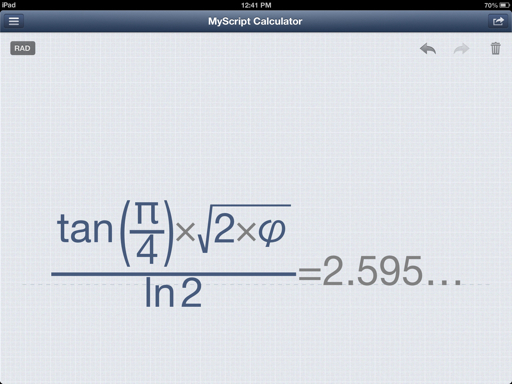 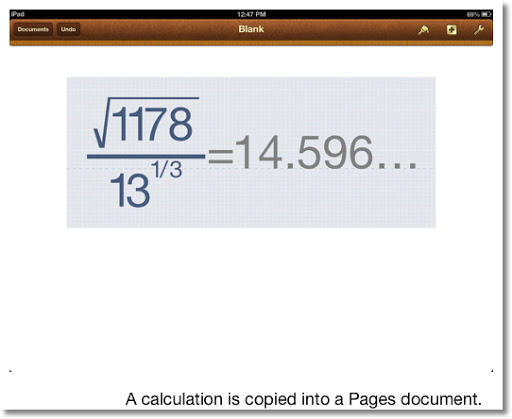