High Rollers: Game Show and Possible Sums with the TI-84 Plus


High Rollers:  Game Show and Possible Sums with the TI-84 Plus

If you have a group of numbers, what are the possible sums you can make?  We’re talking about combinations of 1, 2, to as many numbers you have.  This is one of the key elements of the classic game show High Rollers (1970s, 1987-1988), a dice rolling game based on Shut The Box.

The program POSSUMS calculates all possible sums created by a set of numbers (2, 3, or 4).  With n numbers available, there are 2^n – 1 possible sums.

The program POSSUMS allows all possible sums, including repeats. 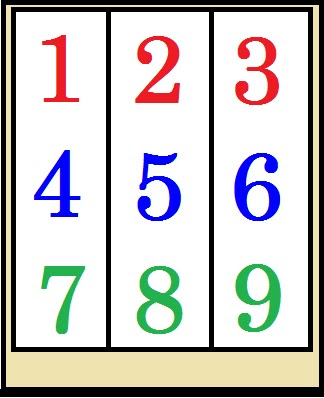 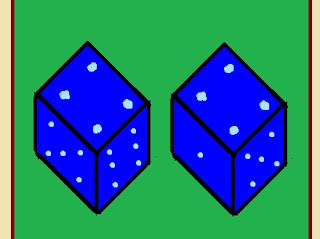 In the main game there are two contestants.  You would win by either rolling the last number off the board or most likely, force your opponent to roll a number that can’t be cleared.  Obviously the total on the dice is used to clear numbers.  For example, a roll of a 6 (the total counts, not the pips on the individual dies), can clear any of the following combinations: 6 itself, 1 and 5, 2 and 4, or 1 and 2 and 3.  Starting with the 1978 series, rolling doubles earned the contestant an insurance marker, basically an extra life.

Winning two games entitled the champion to play the Big Numbers.  The object remained the same, get rid of the numbers 1 to 9 for a major cash prize or car.

One thing to note:  unlike Shut the Box, High Rollers offered no provision should the last number remaining on the board be a 1.

Below are all the possible combinations that can be cleared with each roll.  There are 61 combinations.  Statistically, rolling a 7 is the most likely event, followed by 6 or 8.  However, the most powerful rolls are 12, followed by 11, then 10.

All the Possible Combos in High Rollers

Let’s have some fun,