First of all, thanks to Hewlett Packard and everyone at the HHC 2013 committee (http://hhuc.us/2013/committee.htm) - you are all amazing!

What a long, fun, and intense day. Here are some of the highlights from today:

The HP Prime Has Arrived! 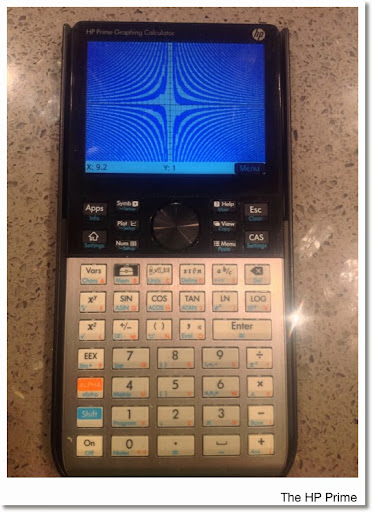 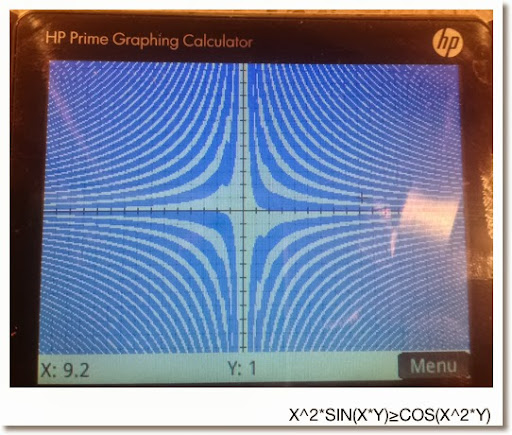 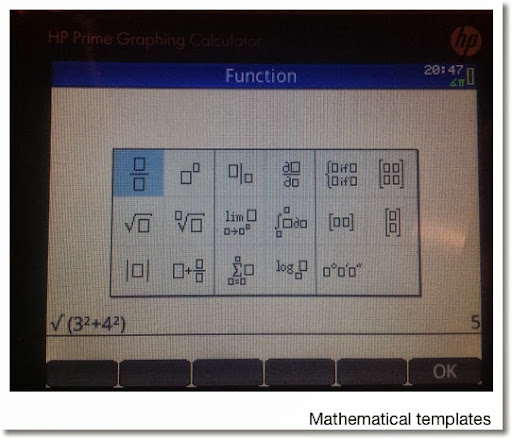 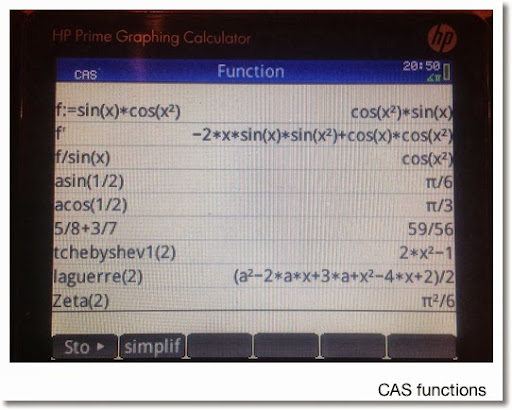 * Super advanced functions including the special functions Gamma, Beta, Zeta, Si, Ci, Psi, and Error.
* Polynomials functions include Hermite, Lagrange, Laguerre, Legendre, Chebyshev, Cyclomotic, and Groebner.
* The programming language is similar to the programming of the HP 39gii and 39gs.
* Rechargeable battery with indicator.
* 240 x 320 full color pixel screen.
* App structure similar to the HP 38G/39G family. (And 40G for those living outside the United States).
* The connectivity kit is dynamic, you can update the calculator and the emulator in real time.
* RPN mode.
* Intelligent, multi-use programming commands.
* Battery life lasts a good long time, I am told up to 23 days under normal use. Of course, use varies is dependent on how intense the calculation is used.

Where can I get one? So far hpcalc.org, Bach Company, Samson Cables, and yes, even eBay has calculators for sale. Availability varies.

I am looking to work with several of my friends and HP calculator enthusiasts on a Wiki page. Details are coming soon. And of course, I will be talking a lot more about Prime on this blog as well.

We spent three hours without blinking talking about Prime this morning with Tim Wessman and Cyrille de Brebisson.

Once again, thanks to all the speakers. It is one of my goals to actually have a presentation next year.

Jim Donnelly: Visualizing Data: A Journey From Calculator Development to the Machine Shop

Jim is the author of the several books on HP Calculators, including the "HP 48 Handbook". His contributions include adding drawing peripherals to classic HP calculators, the HP-71B Data Acquisition Pac, the Periodic Table for the HP 48G Series, and gave the legendary HP-01 calculator watch a new tool: a battery door opener. Jim also engraves designs and lettering onto aluminum plates, which includes a cryptic engraving "6accdae13eff7i3l9n4o4qrr4s8t12vx". It has something to do with calculus.

Jim Johnson, from. Indianapolis, restored a HP-29C from a dead calculator to a full working one. He detailed how he took the calculator apart, cleaned the keyboards, gave it new batteries, and diagramed the electronics of the calculator.

Tip: Do not plug a Woodstock calculator (HP 21 to HP 29, 1970s) unless it had a good battery. Otherwise, the battery may get fried.

Namir Shammas highlighted some of his favorite functions of the HP Prime: extensive random number generators, advanced mathematical functions, and matrix factorization. His article can found in the September 2013 of HP Solve. (http://h20331.www2.hp.com/hpsub/downloads/hp_calculator_enl_sep_2013_v4.pdf)

Eric Smith, who is on a mission to build a working RPN (Reverse Polish Notation) calculator from scratch. After several years of research he is able to pass around two working demos: one that emulates the HP-41 and one that emulates HP-42 (the latter by popular demand). Everything is open source. Smith is now working on how to get the SD card inserted into calculator and fully working. During his talk a poll was taken and the majority of attendees preferred AA batteries over AAA and button sized batteries.

Jeremy Smith brought new life to road dots. A road dot the small circular numb that lines the lanes on our streets. He had designed several spherical pieces using road dots. He has also constructed a folding block of sixteen half-cubes connected by a string and a folding chess board.

Gene Wright brought his collection of HP OmniBooks, which were manufactured in the 1990s, for show and tell. OmniBooks started as small notebooks (EX: 300) and by the end of their production run, they were full laptops (EX: EX3). Wright's collection focused on the earlier models.

Some specs of the OmniBook 300:
* 20 MHz Processor
* 9" diagonal grayscale screen
* Windows 3.1 Operating System
* Microsoft Office built into the ROM
* HP Calculator Application: Runs like the HP 19B except with a full keyboard.
* The mouse lived inside the notebook, came out with a press of a button.

Wright's collection includes the OmniBook 600C and OmniBook 530, with a broken screen.

Geoff Quickfall, a pilot who flies internationally, showed his typical workday. He uses the following HP Calculators on his flight:
* HP01 for active its timer feature so the crew can tell its passengers when they will arrive at their destination. Also the dynamic time features allows him to calculate how much fuel is used.
* HP 71B for matching and verifying latitudes at certain points of the flight.
* HP 41C with memory module to estimate the distance between airports. Quickfall also programmed the longitude and latitude coordinates of airports he flies to. The 41C is also used to print and organize break schedules for the flight crew.
* HP 42S for to calculate the fuel left in the tank (by weight), and to see if the fuel levels passes standards.
* HP 67, 29C, and 48 G are also used

IMHO, I am a little jealous - I wish I could use one advanced calculator at my job on a regular basis. But accounting does not use mathematics beyond arithmetic 99.9% of the time.

The day closed with Wlodek Mier-Jederzejowick showing us his latest edition of "A Guide to HP Handheld Calculators and Computers".

There you have it - the highlights. I will report on Day 2, hopefully tomorrow.

TI-84 Plus CE and HP 17BII+: Euclidian Division What is the ├ symbol on the calculator? (├ the symbol is a vertical line with a horizontal ...